Friendship for me is at the very top, it is like a holy cow for people in India.

You basically judge people as you would act in a similar situation. I have many friends on Facebook, but this Mr X was one of the crown jewels. He made me laugh with his pictures and gifs. We hadn’t had any verbal communication only exchange of images.

But the big idyll was over. He blocked me two times. I did not understand what the problem was. At the beginning of December last year, before I went to Las Vegas our friendship still rested on strong pillars.

I was not online for ten days because I did not consider it so important in the US. By the time I got back into the FB world I saw that my favorite friend blocked me again.

Since then, half a year has passed and I found out with great difficulty that he blocked me because I „allegedly” reported him to FB 3 times and requested him to be banned. Incredible!

If you watch crime stories, you know that cops always look for a perpetrator who had a motive. And that’s not a coincidence.  It hasn’t even come to Mr X’s mind that I had absolutely no reason to cause any harm to him. By doing that I would have scored against myself. He, of course didn’t give any thougt to this.

He does not seem to have heard of jealousy yet. Jealousy must have been the reason. Someone was envious of our friendship and acted viciously, which resulted in separating me and my friend.

In my circle of acquaintances, some people can get access to other Facebook accounts without any effort, and there they do whatever they want to do. They can even instigate quarrel between loved ones by writing something hateful that never actually happened. Then the innocent victim is forced into giving an explanation for something he hasn’t done.

This Mr X is aware of the fact that such things can happen, but he still blames me for being blocked from FB, although I refuted his accusasion several times.

For me friendship is sacrosanct . If there is a problem, and if circumstances point against one of my friends, the  first thing I would do is to talk to the other person. If he says he did not do it, I take his words for granted. Why  would I do that? Because all mortals start off from the bottom of their inner selves.

Lesson learned: Mr X didn’t listen, he tried to cause harm and ridiculed me in front of others. He doesn’t deserve my precious friendship. 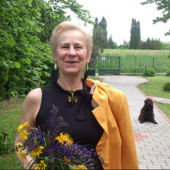